From Come Meet Jesus: An Invitation from Pope Benedict XVI by Amy Welborn. More about the book here, including a free download of the pdf.

We’re not going to take the time to rehearse the entire history of scientific thought since the Renaissance and Enlightenment, because we’re all conversant with the outline: As human knowledge about the material forces of the universe has expanded, the transcendent have been pushed out. Contemporary human beings live in a confusing mix. We are so aware of those material forces but still just as aware of the reality of what lives in our own hearts. Certainly we are collections of cells and we do spin on a planet, in a universe governed by various laws, and perhaps we even evolved from lower life forms, but really . . . is that all there is to us? And if there really is more, is it just a matter of my own individual experience and opinion, as the world suggests, unique to me, which means that even as my own personal set of meanings lives with me, it will also die with me? Is there an objective, lasting ground to anything about my life?

One of the consequences of a world from which God has been marginalized or ejected is that humans then believe themselves to be self-sufficient—a problem that Pope Benedict often addresses. If the universe does not need God, a rational creating Mind, that must mean that the rational products of this universe do not need God either.

Everything that exists, everything that we create—our culture, our social systems, our moral systems, our political and civic organizations—is better off without God. To believe in a creator God, however, doesn’t mean we have to question the value or necessity of science or secular fields of study, or even randomness, chance, or chaos, all of which seem to play a role in the cosmos. Instead, it means placing explanations of the physical aspects of the world in their proper context: It is not the elemental spirits of the universe, the laws of matter, which ultimately govern the world and mankind, but a personal God governs the stars, that is, the universe; it is not the laws of matter and of evolution that have the final say, but reason, will, love—a Person. And if we know this Person and he knows us, then truly the inexorable power of material elements no longer has the last word; we are not slaves of the universe and of its laws, we are free. In ancient times, honest enquiring minds were aware of this. Heaven is not empty.

Life is not a simple product of laws and the randomness of matter, but within everything and at the same time above everything, there is a personal will, there is a Spirit who in Jesus has revealed himself as Love.16 Still, we might ask, as I did on that morning in the dentist’s office, so what? Isn’t it all good? What’s the harm in letting the secular dominate in the realms of science, culture, society, and politics, and saving God for the privacy of my own heart?

Well, we might answer with another question. How’s that working out for us so far? Pope Benedict has an idea, as he expressed it here to young people in Cologne at World Youth Day in 2005, just months after his election:

In the last century we experienced revolutions with a common program—expecting nothing more from God, they assumed total responsibility for the cause of the world in order to change it. And this, as we saw, meant that a human and partial point of view was always taken as an absolute guiding principle. Absolutizing what is not absolute but relative is called totalitarianism. It does not liberate man, but takes away his dignity and enslaves him.

What Pope Benedict points out is also an ancient observation: that when human powers establish themselves as the primary arbiters of meaning and freedom and turn from the transcendent, they place themselves in the role of the transcendent and the absolute, and often end up demanding absolute authority and submission. 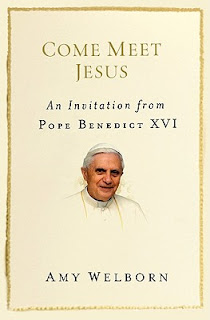